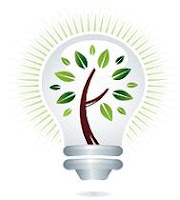 The impact and future of “Green Technology” will be discussed, as the Birmingham Bloomfield Chamber hosts its next Investepreneur Roundtable in an effort to help keep you informed. This event will offer attendees important insight and business expansion opportunities in the emerging markets of renewable energy, electric vehicles and sustainable green development.

Chamber offers workshops you will love

On this Valentine's Day we're rolling out the red carpet for you. We've launched our Professional Edge workshop series for 2010 and you're invited. Whether you're a seasoned businesses owner or a professional in transition, these workshops provide you with fresh ideas, networking and new business skills.

Our Professional Edge workshops, now open to members and nonmembers, offer your business an opportunity to learn new business strategies. We can guarantee you won't be checking your smartphone or watch — these workshops are interactive and packed with enthusiasm. Our talented speakers present top-notch information that leaves you with a spring in your step and usable business resources to share with your staff and colleagues.

The resources that will be shared are a must-have when business is thriving and when it is challenging. Invest in your company by attending the following sessions:

•March 4: Analyzing Your Competitiveness in Your Market.
Learn how to benchmark your competitors and decide when you need to move.

•June 3: Everybody's Surfing Now: Stay Ahead of the Wave.
Discover free business tools from Google that help your customers and prospects find you when they surf the Web.

•Sept. 14: Customer Service that Keeps Customers - Customers.
Turn customers into vocal advocates. Use a contact management system that keeps you engaged with your best customers.

•Dec. 2: Position Yourself as the Expert.
Speaking opportunities, blogging and public relations, oh my! How to effectively position yourself as an expert and gain exposure.

All workshops are held from 7:30-9:30 a.m. at Huntington Bank, 801 W. Big Beaver in Troy. Complimentary parking is available and coffee and breakfast snacks are provided.

We'd like to thank our sponsor and host, Huntington Bank.
The Chamber is known for networking, event marketing exposure, and professional development resources. If these interest you and you're not a member, call the Chamber at (248) 644-1700 or visit www.bbcc.com for more information.
Carrie Zarotney is president of the Birmingham Bloomfield Chamber.
Posted by Joe Bauman at 9:40 AM No comments:

Last week President Obama announced that Michigan will receive $40 million in high speed rail funding from the American Recovery Reinvestment Act Congress enacted last year. We were quite pleased to learn that the State will invest a portion of these funds to build the new Troy/Birmingham Transit Center.

When completed, the transit center will serve as a hub for regional public transportation, using existing Amtrak rail infrastructure along the Wolverine Corridor while providing a transfer point to SMART bus services, taxi and sedan connections consistent with the Detroit Regional Mass Transit Plan. It will also create more transportation opportunities for patrons of the Oakland/Troy Airport. Local and state level officials from both parties support the Center. Troy and Birmingham City officials have been working toward the creation of the Transit Center for years, as have the two Chambers and other local business leaders.

This is a landmark win for both communities and for transit in the region. I am very proud to be a part of the team effort for the creation and revitalization of public transportation in Southeast Michigan. I look forward to announcing the groundbreaking!

For more information on about the Transit Center and the economic benefits it can provide, please visit our Web site at www.15MileTransit.org or follow us on Twitter: @15MileTransit. If you’d like to sign a letter of support for the project you can also contact the Chamber at (248) 644-1700. Carrie Zarotney is president of the Birmingham Bloomfield Chamber.
Posted by Joe Bauman at 3:02 PM No comments:

I recently asked some of my readers and networking contacts what marketing tactics annoyed them. I thought it would be a good idea to start off the New Year with a list of what not to do, as we all put together our marketing plans for this year. Some of these concepts stretch beyond marketing and into networking behavior and networking events, but they are still good tips to keep in mind.

1. Unsubscribe from my newsletter, but send me yours

Gotta love that one! Doesn’t everybody want a one way relationship?

If you are at a networking event, just be normal and talk to people. Be interested in them. Don’t start selling to someone before you know who they are, and what their business is about, and what interests them. And if somehow you do end up doing some self promoting, if they aren’t showing any signs of interest, stop selling!

Hopefully cold calling will one day disappear, but until then perhaps those who do it can start to get good at it and realize that those they are interrupting have other things going on. If you are lucky enough to get a moment of their time, be brief, mention one value proposition (i.e. of value to the person you are calling), respect their time, and try to set up a convenient time to talk. One colleague mentioned that a cold caller got upset because he hadn’t reviewed their unsolicited information yet.

Another pet peeve noted was when the same company calls you twice in the same day, after you’ve already said no the first time. No does mean no! One person suggested medication or hospitalization for those that don’t understand this. The auto generated calls are particularly annoying to me. You can always see them coming: it starts with an 800# or unknown caller on the caller id, then if you do pick up you get the delay before anyone speaks. It’s in that moment that I usually hang up because I know what’s next. But if I do happen to answer and say, “hello, this is Lori Williams, can I help you?” , I have to endure the pause, followed by the scripted message I just heard a few hours ago.

A final comment in this category included people you are in business meetings with who continue to take calls, emails, and text messages during your meeting. That sends a clear message to the person you are meeting with that they are not as important to you as the other people who you are communicating with. Be fully present whenever you are talking with someone in person or on the phone, or don’t bother taking the call or meeting.


Lori T. Williams is a 20 year attorney based in Birmingham, MI. She owns a legal referral and legal consulting business called Your Legal Resource, PLLC. For more information, visit www.bestlegalresource.com.
Posted by Joe Bauman at 2:29 PM No comments: