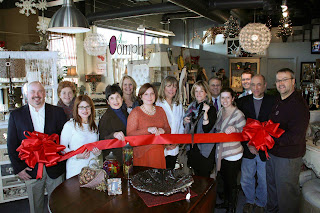 When a successful business entrepreneur meets a creative interior designer, what emerges is a retail store with a little AddedOomph! The duo of Pam Dennis and Janet Genn were joined by local officials and members of the Birmingham Bloomfield Chamber to celebrate the grand opening with a ribbon-cutting and open house.