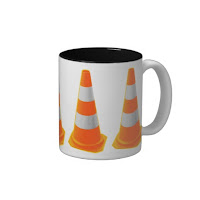 The long awaited – and long dreaded – reconstruction of Pierce and Merrill streets in downtown Birmingham is in full swing, causing challenges for merchants and shoppers alike. From all appearances, work is progressing steadily in spite of nearly a week of rainy weather. New water and sewer lines are being installed under the streets, and city officials hope to have the project completed by the end of next month.
In the meantime, affected merchants are doing their best to attract shoppers and diners to the area, in spite of the dust and noise. All stores are open during the construction and we encourage everyone make the extra effort to navigate the construction zone to support these local businesses.

Both the city of Birmingham and the Principal Shopping District are doing their best to support the merchants with special programs and events, and individual businesses like Toast have come up with unique and creative ways to lure patrons into their businesses.

The Birmingham Bloomfield Chamber is doing its part as well. First up is our ongoing membership drive where between now and May 3, anyone who refers a business who decides to join the BBC will receive a $25 gift card for one of the restaurants in the construction zone. Then on May 9, the Chamber will host its first Flash Mob in the construction zone where we hope to flood the area with Chamber members and friends for a couple of hours of serious shopping.
Following the shopping, City Manager Bob Bruner, PSD Executive Director John Heiney and myself will encourage a group of “Flash Mobbers” to join us for lunch at a Pierce Street or Merrill Street restaurant to cap off the day.

Speaking of Birmingham restaurants, hats off to local restaurateur Bill Roberts whose iconic Beverly Hills Grill celebrated its 25th anniversary last month, while debuting his latest effort, Café ML in Bloomfield Township, earlier this week. Roberts also counts Birmingham’s Streetside Seafood, Town Tavern in Royal Oak, and Roadhouse B&G in Bloomfield Township in his portfolio, and is an ardent supporter of the Birmingham business community as a director of the Principal Shopping District board.
Construction projects are a necessary consequence of keeping downtown Birmingham a vibrant shopping and dining destination. There is no doubt that, once the dust settles for good, the central business district will look better than ever.
In the meantime, we encourage everyone to join us on May 9 to show support for those affected businesses so they can continue to support the greater community. Further details can be found on the Chamber’s Web site at www.bbcc.com

Joe Bauman is president of the Birmingham Bloomfield Chamber. He welcomes feedback at joeb@bbcc.com
Posted by Joe Bauman at 4:56 PM